www.youtube.com/watch?v=cbcxXDMyVb0
7 reasons why I think Warhammer 40k beats Star Wars in a galactic

DA SNEAKIEST CULLER IZ PURPLE. SO DEM ORKZ COMMANDO PAINTED DEMSELF PURPLE. HAVE YA EVA SEEN AN PURPLE ORK? 'CAUSE NOT, YA GIT!

>>62 มิติอนันต์คือเหี้ยไร มันทำไรได้ ส่วนไอ้ตัวที่มึงพูดถึงเห็นมีข้อความที่กล่าวถึงมิติอนันค์แค่ Able to create and control structures of any dimensional size, such as an infinite-dimensional realm of thought and metaphor ตรงนี้แค่จะบอกว่าความหยั่งรู้เยอะเฉยๆ

"Though the galaxy of the Imperium is vast, there is another realm, alongside which the Imperium is nothing in comparison. The Realms of Chaos, the warp, he immaterrium, all the names humanity has given to this parallel dimension. None, however, can hope to encompass it, for the warp is a realm of infinite size, infinite possibilities, and infinite madness." - Black Crusade Core Rulebook, pg 10 >>> แถมให้อีก 1 Dialog จากหนังสือ Official สำหรับคนที่ไม่รู้ว่าทำไม Warhammer ถึงได้สเกลสูงมากเกินกว่าที่หลายคนคิด

'This will be of interest to you, brother,' said Perturabo, holding out the complex arrangement of curved metal, winding mechanisms, and adjustable lenses. 'I made a replica of the Antikythera, just like you asked.'.

To see so delicate a mechanism in Perturabo’s hands seemed incongruous, as most apparatus bearing the stamp of the Iron Warriors that Atharva had seen – save for those within this chamber – had been brutally functional. 'Does it work?'

‘I am not entirely sure,’ answered Perturabo. ‘You never fully explained its intended purpose or how exactly it was designed to function'.

'I believe it to be some form of navigational instrument,' said Perturabo, lifting the device to look through one of its eyepieces. 'It has the look of a sextant once used by seafarers, but with infinitely more dimensions to its operation. What manner of ocean would you be navigating to require such a device?'.

“The door opened. I stopped. Beyond it, orks lined both sides of the corridor. They had been watching for me. The moment I appeared, they roared their approval. They did not attack. They simply stood, clashed guns against blades, and hooted brute enthusiasm. I had been subjected to too many celebratory parades on Armageddon not to recognise one when it confronted me. I went numb from the unreality before me. I stepped forward, though. I had no choice.

I walked. It was the most obscene victory march of my life. I moved through corridor, hold and bay, and the massed ranks of the greenskins hailed my passage. I saw the evidence of the destruction I had caused around every bend. Scorch marks, patched ruptures, buckled flooring, collapsed ceilings. But it hadn’t been enough. Not nearly enough. Only enough for this… this…

At length, I arrived at a launch bay. There was a ship on the pad before the door. It was human, a small in-system shuttle. It was not built for long voyages. No matter, as long as its vox-system was still operative.

I knew that it would be.

Ghazghkull Mag Uruk Thraka awaited me beside the ship’s access ramp. I did not let my confusion or the sense that I had slipped into an endless waking nightmare slow my stride. I did not hesitate as I strode towards the monster. I stopped before him. I met his gaze with all the cold hatred of my soul. He radiated delight. Then he leaned forward, a colossus of armour and bestial strength. Our faces were mere centimetres apart.

My soul bears many scars from the days and months of my defeat and captivity. But there is one memory that, above all others, haunts me. By day, it is a goad to action. By night, it murders sleep. It lives with me always, the proof that there could hardly be a more terrible threat to the Imperium than this ork.

Not in orkish. Not even in Low Gothic.

‘A great fight,’ he said. He extended a huge, clawed finger and tapped me once on the chest. ‘My best enemy.’ He stepped aside and gestured to the ramp. ‘Go to Armageddon,’ he said. ‘Make ready for the greatest fight.’

I entered the ship, my being marked by words whose full measure of horror lay not in their content, but in the fact of their existence. I stumbled to the cockpit, and discovered that I had a pilot.

It was Commander Rogge. His mouth was parted in a scream, but there was no sound. He had no vocal cords any longer. There was very little of his body recognisable. He had been opened up, reorganised, fused with the ship’s control and guidance systems. He had been transformed into a fully aware servitor.

The rumble of the ship’s engines powering up was drowned by the even greater roar of the orks. I knew that roar for what it was: the promise of war beyond description.”

Though the galaxy of the Imperium is vast, there is another realm, alongside which the Imperium is nothing in comparison. The Realms of Chaos, the warp, he immaterrium, all the names humanity has given to this parallel dimension. None, however, can hope to encompass it, for the warp is a realm of infinite size, infinite possibilities, and infinite madness. 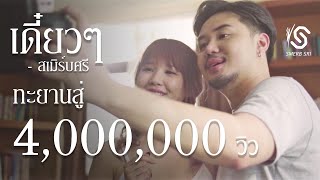 Gorkแข็งแกร่งขนาดเมินพลังของเคออสก็อดตัวอื่นได้
"Gork struggled towards awareness. After centuries of dormancy it was a long process. He sensed other Powers in the warp trying to interfere. He blocked a subtle tendril from Slaanesh, ignored a baleful warning from the Emperor, discounted the triumphant cry of Khorne. He reached out with his millennia-old mind and gathered the strength of his people. Soon he would be awake and active. A body of steel had been prepared for him. A time of blood and iron was approaching."

Morkก็เมินเคออสเหมือนกัน
"Mork moved on the face of the warp, brushing aside Daemons and ignoring ancient barriers set by long dead Gods. He moved from world to world and placed in the heart of every Ork the desire to be restless, to move, to follow the siren call of adventure when it came. He sensed other Powers subtly striving to oppose him and laughed as their attempts to restrain his crude, irresistible purpose."

สองพี่น้องไม่กลัวที่จะสู้กับเคออส
"Beyond them they sensed the Chaos Powers watching, waiting to see what advantage the God-brothers' actions might bring them. In the darkest pits of creation twisted creatures prepared to follow the Orks' advance. Gork and Mork did not care. They knew they were strong enough to resist Chaos."

การมีอยู่ของสองพี่น้อง ทำให้เอ็มเพอเรอร์กลัวเมื่อมองเข้าไปในวาร์ปแล้วเห็นสองตัวนี้
"On distant Earth, a living corpse in a golden throne opened eyes that held fear for the first time in centuries. The Emperor knew that he must save his people. If Gork and Mork unleashed their hordes then any unprepared worlds would be swept aside by a green tide of death The Emperor bent his thoughts to the task. Across Human space, within the range of the Astronomicon, Imperial Tarot began to foretell disaster. Commanders consulting them found all the signs of impending catastrophe on a cosmic scale."

Fifteen hours later, the Speranza finally broke the gravitational bonds of Joura. It turned its prow towards the outer edges of the system as the blue-hot sun of its engine section flared and shifted it from geostationary anchor. Even shifting its attitude fractionally was enough to boost the craft away from the blue-green planet below, and in deference to those that had helped ready it for its journey, Magos Saiixek feathered the engine outputs to create a swirling flare of variant radiation outputs that descended through the atmosphere to produce a vivid aurora over the northern hemisphere. Though such a gesture seemed out of character for the adepts of the Mechanicus, it was customary for departing explorator fleets to acknowledge the labours of those who had furnished them with the means to venture into the unknown.

At least fifty ships remained in orbit, still suckled by the industry of the world below. The Guard muster for the Pergamus Sector still had weeks to go before its Lords Militant would consider their loading and supply complete. To muster enough men and materiel for a lengthy campaign was not an operation to undertake lightly. The presence of so many Mechanicus logisters had helped speed the process, and in thanks, the shipmasters of the muster ordered their gun decks to fire thunderous broadsides into space in their honour.

On the planet’s surface, millions of eyes turned to the heavens, staring in wonder at the shimmering bands of variegated colour that sparkled through the troposphere like an orbital barrage. Amid this glorious cascade of irradiated exhaust dust and expended munitions, the Kotov Fleet broke orbit with Captain Surcouf’s vessel in the lead. 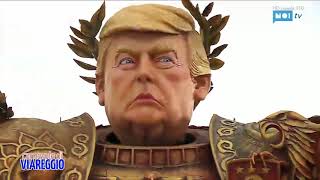 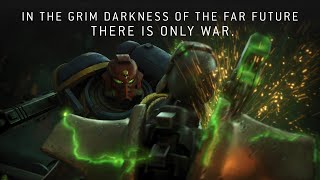 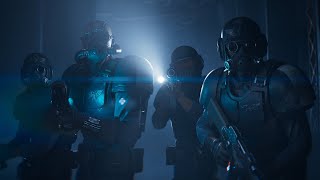 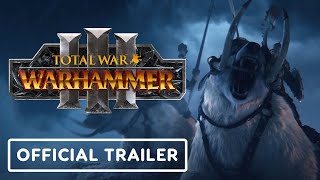